Makes your pupils teeny tiny, so you look like you're on Joy. No effect on actual drug level. Only a rotten Downer would ever need such a thing.

Sunshine is a craftable drug which essentially functions as counterfeit Joy. When consumed, Sunshine makes the playable character appear as if they're on Joy without them actually being on it.

Because Sunshine is not Joy, it lacks all the negative parts that Joy has while keeping all of the positives, such as being able to pass through Downer Detectors or Joy Doctors ignoring the player.

Taking Sunshine does not raise the Joy meter, so the player can take as much Sunshine as they want and never worry about suffering through Memory Loss.

Finding the recipe for Sunshine may prove to be the most difficult since its recipe can generate anywhere in the world. As a tip, search any and all areas in the Garden District for a Workbench or Chemistry Set, as they have a chance of having a recipe or two on top of them.

In older builds, the crafting recipe for Sunshine was the following: 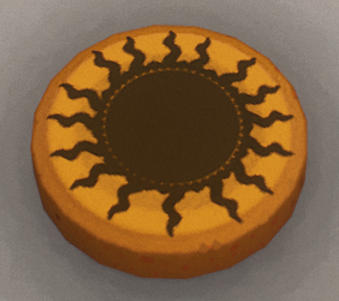 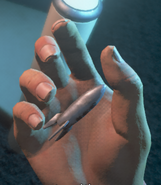 A small rocket Sally gives Arthur in their cutscene together, presumably containing the five sunshine pills. 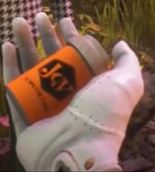 Sally giving Sunshine to Benedick Keyes.
Add a photo to this gallery

Retrieved from "https://we-happy-few.fandom.com/wiki/Sunshine?oldid=14329"
Community content is available under CC-BY-SA unless otherwise noted.