Makes you harder to see in the dark, if you don't move. Upsets people when they do see you.

Suit of Blending/Burglar Suit is a clothing item in We Happy Few. It is best used during the night, as it will allow the player to blend in with the darkness, but it will make the townsfolk upset if they see you.

Arthur gets this outfit after completing his quest with Johnny Bolton, where he has to steal 10 Ephemeral Linen from the Mystery House. It is unknown how Sally and Ollie gets the recipe, though it can be assumed that they are found inside of Wastrels houses.

There are two different versions of the suit, one for Arthur and one for Sally, the only difference between the two is the color of the glove's outlines, with Arthur's being yellow and Sally's being pink. 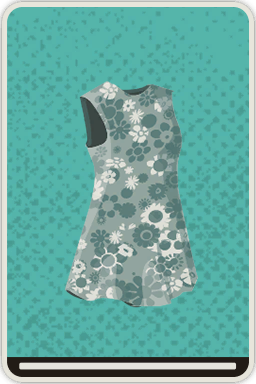 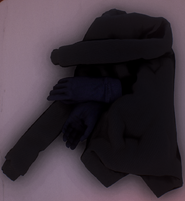 Sally wearing the Blending Suit
Add a photo to this gallery
Retrieved from "https://we-happy-few.fandom.com/wiki/Suit_of_Blending?oldid=11965"
Community content is available under CC-BY-SA unless otherwise noted.