0 (Not stored in inventory)

Sovereign is a British silver coin with a nominal face value of 1 Pound Sterling (£1). It has been struck and minted since 1871 and is the official currency of Wellington Wells.

Sovereigns serve as the currency of We Happy Few and are not stored as items in the player's inventory like most other objects but rather in a "wallet" until spent or obtained.

The player can obtain Sovereigns by breaking into coin boxes, payphones, safes and other similar coin-using contraptions (excluding Vending Machines). Sovereigns can be found as both individual coins and as coin piles, which contain 10 coins.

Sovereigns can also be obtained through bartering with shopkeepers; many items can be sold to shopkeepers for a sum of Sovereigns.

Sovereigns serve as a currency in We Happy Few and their primary use is for buying and selling goods at shops and Vending Machines. It is perfectly possible to play through the game without ever having to use them but it is possible for the player to go out of their way and accumulate a decent amount of currency to make certain aspects of the game easier.

Many items have a value in Sovereigns which can be seen in the inventory, these items can be sold to shopkeepers. The player can also buy the item back if they want to, their sold item will disappear the next day as the shopkeeper restocks their wares. 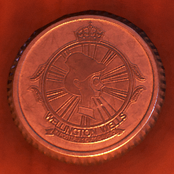 Pile of coins in game.
Add a photo to this gallery
Retrieved from "https://we-happy-few.fandom.com/wiki/Sovereign?oldid=10392"
Community content is available under CC-BY-SA unless otherwise noted.