The player is tasked in taking and delivering the Meat Delivery packages to their respective customers for Edmund MacMillan, as his legs have been broken by the Plough Boys.

Later on, Arthur gets packages from the customers and is told that it's for the local Butcher, Reg Cutty.

After that, Reg will task the player of getting another package for him, however, this package turns out to be far more suspicious compared to the other packages. 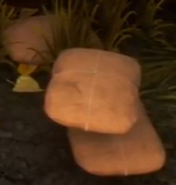 Item as seen in game.
Add a photo to this gallery
Retrieved from "https://we-happy-few.fandom.com/wiki/Packages?oldid=13462"
Community content is available under CC-BY-SA unless otherwise noted.