The Neximide Pill is a purple medicinal item in We Happy Few. Taking it will completely remove the effects from Food Poisoning without causing vomiting like Sick Up Tea.

Whilst Charcoal is common in the Garden District, with Saltpeter being uncommon and Flour being rare, this is reversed in The Village, as charcoal becomes harder to find whilst Saltpeter and Flour can be found in almost all houses.

What this means, is that Neximide is usually only reliably craftable by players that manage to loot houses in both areas. For players restricted to just the Garden District, their alternative is Sick Up Tea.

In the Garden District, Neximide pills can rarely be found in abandoned houses on top of dressers. In addition to that, they can be found as loot within chests from Dig Spots or other sources of valuable loot. They can also be bought from Vending Machines.

Within Hamlyn Village, Neximide pills can be found in Medicinal Cabinets in houses. They can also be bought from the Apothecary or looted from Doctors.

Early description for the pill.

Current description for the pill.

Early appearance for the pill. 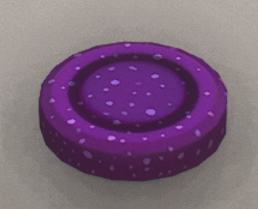 The current appearance of the pill.
Add a photo to this gallery
Retrieved from "https://we-happy-few.fandom.com/wiki/Neximide_Pill?oldid=12848"
Community content is available under CC-BY-SA unless otherwise noted.