Slows down time significantly for a brief moment

Chronobomb is an item that is only available during the DLC, They Came From Below. Much like the Chronobalm from the main game, the Chronobomb allows the player to slow down time for a brief moment, it is mainly used as a way for the player to focus on attacking a large group of enemies and missiles.

The player first aquires the Chronobomb after the cutscene with Helen Faraday, after which Roger follows after her but finds a room full of dead robots, one of which is grasping the Chronobomb. Roger takes the device and presses the button while James berates him, as his voice and environment slows down he learns the device's ability. 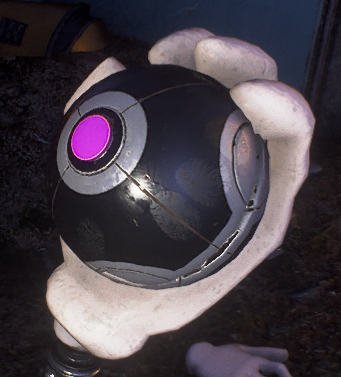 Item seen in game.
Add a photo to this gallery
Retrieved from "https://we-happy-few.fandom.com/wiki/Chronobomb?oldid=11092"
Community content is available under CC-BY-SA unless otherwise noted.